Michelle Obama looks good in blue. She looks good in anything she wears. You must have guessed that this post is about parents who doom their kids with weird names right? I love the name Michelle, but imagine if her mom had a strange sense of humor and named her something like Vanille or Sesame? I don’t even want to imagine the horrors of going through life with a name that is edible, however it seems that in 2012 someone in this world sentenced a poor innocent little girl to just that. If they wanted exotic names why couldn’t they have been inspired by the first lady and gone with Sasha(Natasha) or Malia? They are exotic and classy. And they have good meanings. Meanings are important. You don’t want to name your kid after stuff you put in a cake or sprinkle on a bun. Unless you are a chef, then you might.

There are creative parents like Bob Geldof, he named his daughters Peaches, Pixie and Fifi Trixibelle. I don’t know how they take that kind of fatherly genius.

Then there are parents who have absolutely no imagination and just square their last name for their little bundle of joy. Phillip Phillips, no offence, I like him too. I bet he had fun in school though. 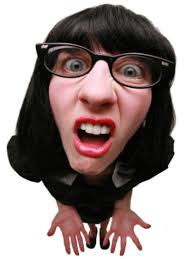 Some parents choose names they think sound cool, without knowing what the word means. Why else would people want to name their little boy a male duck? Drake. Seriously?

When I was in school, no one ever pronounced my name right, and I swore I would name my kids really nice names. I had to wait till the fourth time. My first three kids were named by my husband and his mom. Then I had twins. And I took a long time to choose their names, so long that they were called Twin 1 and Twin 2 for many days after they were born. Then I found two Arabic names that were short, easy to spell and pronounce, and had beautiful meanings. I was overjoyed, I had picked the perfect names. Mehdia (Twin 2) is pronounced just the way it is spelled and means ‘one who follows the right path’. In my excitement I messed up Twin 1’s name. Manha,’ Gift of God’. Simple enough when we lived in Pakistan. When we moved back to Canada, people pronounce it MAN HA rather than Munha. It was with great horror that I realized I have named my daughter after what seems like a character from “He-Man”. Remember He Man, Tee La, She Ra? Man Ha….I am sorry that you will spend the rest of your life explaining you are not Man Ha but Munha, Munha and it rhymes with run-ha. I guess you will carry on my legacy…no it is not ‘Kala’ nor is it ‘Kahula’ no not  ‘Khoola’ it is Khaula rhymes with Paula….. ‘Call A’……Omg I am named like a He Man character too.

13 thoughts on “Michelle Obama : is a cool name”