I yelled at the kids to go to sleep early one Saturday night in the summer vacation so we could get up early and be out of the house by eleven at the most. I woke up at 11:21. Everyone was up before me. No one realized that they could not actually leave the house if I was still snoring away. So I had to start yelling again as soon as I woke up. They just wanted to let me sleep in, isn’t that sweet? The day I need to wake up early, they finally let me sleep in. My kids make sure my vocal cords get plenty of exercise every day. The thing is I don’t really dream of being an opera singer.

After ranting about the height of negligence that my kids and their father have been endowed with, I started making brunch and packing picnic food. I had marinated the chicken the night before. Good thing I have an obsessive compulsive disorder with organization. Unfortunately this does not go good with my absent-mindedness. But that is life. Isn’t it ironic, don’t ya think?

Picnics are loads of fun with five kids. I pack enough stuff to make you believe I was going away for a month. 5-year-old twins mean you need lots of extra clothes and towels. You never know who is going to decide to get carsick. They’ve been trained to give a 5 second warning so I can catch it in a plastic bag.
So I make an Olympic record for the best time in the ‘make breakfast, feed kids, pack picnic, yell at kids to get ready, close all lids on toilet seats, feed cat, and push everyone out the door’ event. We get in the car and as soon as we are in the kids start fighting over seats. No one wants to sit at the back with the twins. I can’t blame them. Who the hell enjoys catching vomit in a plastic bag? 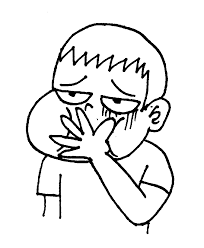 We had to stop to buy buns and drinks. And coal. And lighter fluid. Because husband does not have any sort of obsessive compulsive disorder and efficiently tunes out when I start listing off ‘things to do’. So I sit in the car while he buys stuff, and try to ignore the kids who are arguing about who will sit where on the way back. I receive a phone call from husband, “I can’t find the buns”.
By 1:45 we were sitting outside the second grocery store because husband could not find coal at the first. After 25 minutes he comes out smiling. Success. It took two people 25 minutes to find lighter fluid. We finally move on. On the road husband realizes someone’s door is not closed right. At the first red light we all open and slam the doors really fast, green light we drive on but one door is still not closed right.  Change radio station because no one likes the song. Yell at kids to stop yelling at each other. Next stop light, door open, door slam, door still not closed thank you ma’am. Kids still yelling at each other about whose door is not shut properly. Teenage daughter only has enough strength to hit her brother in the back of the head and that is all. For anything else her hands seem to have no life. Have to change radio station every two minutes. Husband wants to know why all the songs sound exactly the same. We pull into someone’s driveway and husband gets out to close the door shut.
Teenagers are now commenting on all the ‘swoggy’ people they see on the way. As if they are full of swag themselves. Change radio station.

At the lake finally, more bickering among offspring. Who will pick up what and why they get to pick up that particular object. Deciding on the perfect spot takes about 20 minutes, but by now I have started to tune everyone out. It is such a beautiful day. Warm and sunny. We are finally settled, I just want to get in that water. I walk in and my longed for peace is replaced with horror. The water is freezing. God dammit!
“We don’t even have to try it’s always a good time..O o o ..”