November is my favorite month, it is the month I turn eighteen every year. Now it is going, and then agents will be flooded with nanowrimo stuff. And I can imagine what good moods they will be in. I didn’t do the nanowrimo thing. I was tempted, instead I decided to do the short story contest stuff. So I wrote and am writing some short stories to send to different places. I enjoyed it, at first I was doubtful. I seem to have too much to say. But I am really enjoying it. I wrote a humorous story about a desi boy and his crazy family because I had fun writing ‘Parents Just Don’t Understand’ for Dawn, in fact it was so much fun I am going to turn it into a novel. 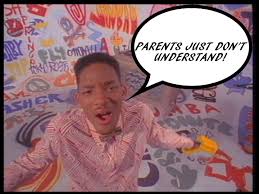 I also wrote a sad ghost story, which I had so much fun with that I am going to use the idea for another novel. It is kind of like the Time Traveler’s Wife crossed with Ghost.

Here are some links to short story contests that I hope some of you find useful:

http://www.inktears.com/Inktears/WritersNewWriters2012.html  the last date for this is November 30th  and you can write any theme/genre

http://www.commonwealthwriters.org/prizes/commonwealth-short-story-prize/entry-rules/  the last date for this is December 4th  you can write any genre but you must live in a Commonwealth Country

And here is a place that has a list of other places you can check out:

http://www.christopherfielden.com/short-story-tips-and-writing-advice/short-story-competitions.php   I love people like this, they make life so much easier. Thank you Christopher Fielden.

I love creepy, haunting stories (think Edgar Allan Poe) so the other short stories I am writing are creepy and haunting(no zombies!). The ideas creep me out at night. Of course so does the Walking Dead, but some things are just so addictive. 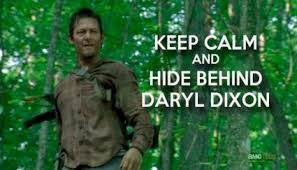 I hope I can get the two other stories done on time, last week and today are really busy. And then I also have to have regular vocal cord exercises to get that opera singer job or be cast as the next Hulk, so I need to take time off to yell at the offspring. They begin to feel deprived if I don’t.

I also hope to send out more queries for ‘Miscegenation’ but it takes a lot of time going through those agent websites and then writing out new queries. Especially when I am so busy hollering at the kids and planning tea parties with Kate. You know Kate? The one who married the Prince?

What are you busy with these days?

(All pics swiped off Google Images)

I had a day off today. So after sending all the kids to school I promptly went straight to my laptop? No I went straight back to bed. And continued to snooze blissfully till 12: 45. Now I am eating french toast and drinking hot tea and typing with sticky fingers because after you pass the three kids mark and 35 you no longer care about these things. Your biggest luxury is sleeping in and not being woken by five kids.

Mike Allegra is a published (non snobby) author.  He is also very, very funny. When I am feeling sad, mad or bad I go to his blog and have a good laugh. He also has great tips for writers, so you have to go and visit him here: heylookawriterfellow

Yes, now you know you have to visit. And his wife has a great way with animals. Definitely visit here.

His book  Sarah Gives Thanks is going into its second printing. Congrats! It is a touching story and has beautiful pictures. 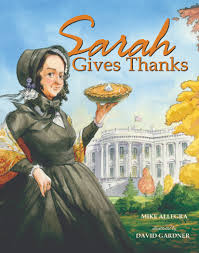 I pestered him to do a guest post for my blog. And this is the first guest post here. So hurray for me. If you write then you are probably in some sort of critique group and you have probably come across some people who are ready to cruelly tear your work apart ( they have been published) or get violent when you give them honest suggestions( they will never be published). But Mike is a very nice, down to earth published author who does neither. Here is his entertaining and informative account of  critiquing.

It was my turn to critique the manuscript and I wasn’t looking forward to it. It wasn’t because I didn’t like critiquing (because I do) or because I didn’t like the manuscript (although I didn’t) , it was because the critiquee – let’s say her name was Helen – was not interested in hearing anything but praise. No matter how I couched my constructive criticism, Helen’s response always hovered in the neighborhood of hostile.

Most of the other people in this writers’ circle had taken Helen’s cue long ago and used their time to offer up bland, non-specific kudos for her manuscripts. But I’m sort of stupid, I suppose. I just can’t say, “It’s good! Really good!” when I don’t think the manuscript is really good. I don’t see the value in doing so. I always try to critique others the way I want them to critique me.

I began Helen’s critique on a positive note. “I really like your idea,” I said. “It’s playful and fun. And I think the approach you took is dead on. It’s a perfect subject for a rhyming picture book.”

“But I noticed that some of your rhymes aren’t really rhymes.”

And Helen’s smile faded. It might have been my imagination, but her face seemed to suddenly fall into shadow. But I sallied forth, because, again, I’m stupid.

I looked up from my notes to see if any of this was registering. Certainly none of the stuff I was saying could get her really angry this time. A rhyme is a rhyme, after all. There’s nothing subjective about a rhyme.

But, well, yikes. Was someone holding a flashlight under her chin?

Helen’s remark was followed by the squeak of half-dozen chairs as they, ever so slightly, pushed back from the table.

But I went on. Remember: I’m stupid.

“Also I noticed that the meter varies from line to line. Here you have 13 syllables and here you have 11. This one is 10.”

And that touched off a rather prolonged simmering discussion over what constitutes a syllable. Helen and I spent some quality time counting together.

Yep, it was 10. Helen didn’t acknowledge this fact as much as change her line of attack.

“No one will care about that either,” she said.

But that wasn’t true. I’m a someone and I cared.

I certainly didn’t care if Helen got published – which I doubted she ever would because she was an unpleasant, cantankerous crabby pants who didn’t know that “pat” and “path” didn’t rhyme – but I did care that my efforts were being treated so shabbily. Helen certainly didn’t have to accept anything I said – it was her manuscript and she could do what she wanted with it – but I took quite a lot of time to review her story, the least she could do was give my comments a little respectful consideration.

“Okay, I’m done,” I told Helen. I wasn’t really done with my critique. I was done with Helen and her rotten, dismissive attitude.

Of course, such dismissiveness doesn’t only have to be delivered by an ungrateful critiquee. I once heard a critique by a fellow I’ll call Don. On one fateful night he told an aspiring writer that her “characters were vague.”

Don didn’t elaborate beyond that, making his critique pretty vague as well. The aspiring writer, a bit of a doormat, I’m afraid, wrote down Don’s remark verbatim, as if she could later tease something of value out of it once she got home.

To her discredit, she didn’t ask for any examples of vagueness or any suggestions as to how to make the characters less vague. I would’ve asked such questions; I doubt, however, that Don would’ve been able to answer them. It’s hard to be specific when you don’t bother to read the story you’re critiquing.

Critique groups are essential to the writing process. They should be exploited for all they’re worth. But every group dynamic is different. A single Helen can suck the joy out of what should be a very supportive and constructive environment. A group that contains too many Dons can make the critiquing process almost useless.

I never returned to Helen’s group after she and I counted syllables together. Apparently I set off a chain reaction. The group disbanded a month later. As for Don’s group, (there were actually a few “Dons” in that group), I left that one too, and never looked back.

Eventually I found a good critique group that provided – and continues to provide – a thoughtful, constructive, and tough assessment of my work. Some comments I agree with, others I ignore, but I almost always drive home energized, eager to tackle another draft.

Choose your group wisely. Stay in the group only if it helps. Leave when it doesn’t. Your writing deserves the best critiques you can find.

Thanks so much Mike for doing the first guest post for me. And I swiped your wonderful doodles too:

All images are from heylookawriterfellow except for snoring mom from Google Images. 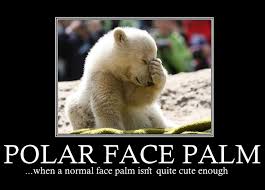 I was reading through ‘when in doubt’ quotes because I am in doubt. When I am not procrastinating, I am busy being in doubt. I found some enlightening advice and I thought you could use it.

“When in doubt, don’t.”  Benjamin Franklin

“When in doubt, do it.” Oliver Wendell Holmes

“When in doubt or danger, run in circles, scream and shout.” Laurence J. Peter 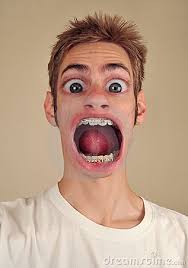 “When in doubt, make a fool of yourself. There is a microscopically thin line between being brilliantly creative and acting like the most gigantic idiot on earth. So what the hell, leap.”
Cynthia Heimel

I found all this extremely helpful. Especially running around in circles and screaming, it relieves the tension and gives the kids a good laugh. And if you think you are making a fool of yourself, act like an intellectual so you seem ‘brilliantly creative’ to everyone else.

Seriously though doubt is so hard to deal with, all the advice says ‘just write’ and keep writing. As Dory would say “just keep swimming”. 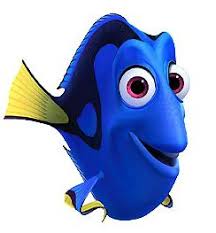 But how do you convince yourself? Sometimes I just want to lock my laptop up and throw away the key. Just forget about the whole thing. Sometimes I just sit there and cry while I eat plenty of chocolate. I am not good enough, there are too many people already writing, I don’t have a Master’s degree in English Literature, I don’t post enough on my blog, I don’t have any articles or short stories published in any of the ‘big’ magazines, I am not a member of any affiliation for writers, I don’t have time, I do have time but I can’t do it, I have too much housework, I will end up not giving the kids enough time and they will end up disturbed juvenile delinquents, the kitchen floor needs to be mopped. The thing that is behind everything is doubt that I just can’t write at all. And I thought it was just me, but apparently even published writers have their doubts: How to Conquer Self Doubt and Just Write

And if that inspires you enough then you might want to try writing a short story for this competition: Young Adult Fiction Competition

They extended the deadline, so if you stop doubting and get writing you can make the dead line. Good luck. 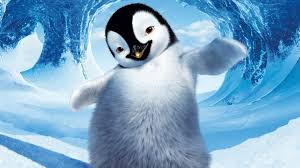 (All Images from Google Images)